My latest band shoot was with The Bonnie Bootleggers an all swinging all dancing all female prohibition flapper band from the roaring twenties. The lead singer Corrinne Williams is an established solo artist focusing on all vintage era's from the 1920's - late 1950's appearing at major venues such as Love Supreme Festival, Proud Cabaret and O2 Sheperd's Bush Empire.

Corrinne set this band up to take the world by storm. Even with the project being brand new The Bonnie Bootleggers are gaining phenomenal interest.

Having worked with Corrinne several times over the last few years, we have developed a great working relationship which has benefitted us both. Below are some images we collaborated on in the past.

Before the main shoot with the whole band Corrinne and I shot at the location with her in costume so we could get a feel for what we wanted. We were able to shoot in the upstairs of The Mesmerist bar and restaurant in the centre of Brighton, Sussex. It's a great location we had used a couple of years before as you can see in one of the images above that got published in Professional Photographer Magazine last year, which was great. The rooms are quite dark but there's enough light from the windows to shoot without flash. Below are some shots of Corrinne in her 20's flapper gear that we took a couple of weeks before the main band shoot.

Fashion-Photgrapher-Brighton-Cannes-Nice-MonacoPlease contact me here for all fashion photography enquiries.
I am now based in Cannes on the French Riviera and also cover Nice and Monaco. 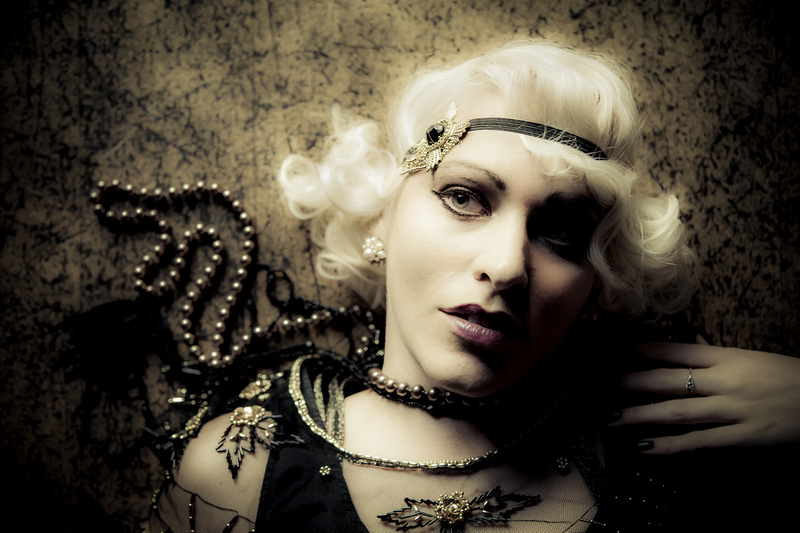 We were very pleased with the results and ready for the main band shoot to take place. Corrinne had organised three excellent hair and makeup artists Louise Bush Hair Stylist, Sarah Vickery, Make Up Artist and Nicola of Pretty Pout Parlour. I usually work solo but due to the scale of the shoot decided another pair of eye's and hands would be beneficial and brought in the help of Jason Balchin to assist me.
The shoot went very well and the band looked stunning. We did several different set ups and below you can see the results.